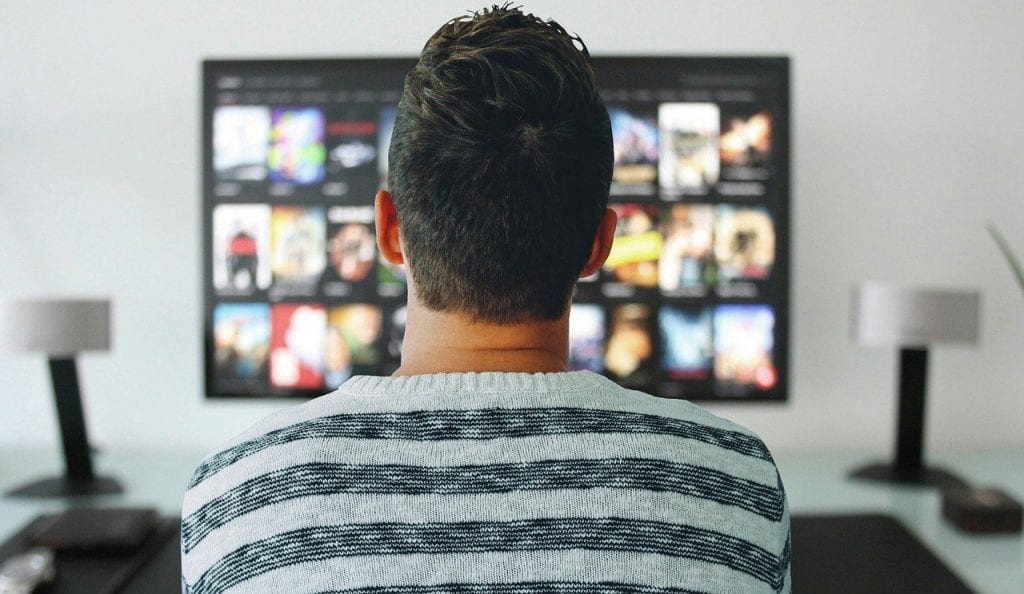 Sometimes you may feel down on your luck. After countless hours of working on your store, thousands of dollars invested, not to mention all the stress that you accumulated, you just feel like relaxing, unwinding and watching an inspirational movie just to keep you going. Here are some of the best financial and/or inspirational movies you can learn from and, who knows, make a big difference in your future strategies.

Based on a true story about a man named Christopher Gardner. Gardner has invested heavily in a device known as a “bone density scanner”. He feels like he has it made selling these devices. However, they do not sell well as they are marginally better than x-ray at a much higher price. As Gardner works to make ends meet, his wife leaves him and he loses his apartment. Forced to live out in the streets with his son, Gardner continues to sell bone density scanners while concurrently taking on an unpaid internship as a stockbroker, with slim chances for advancement to a paid position. Before he can receive pay, he needs to outshine the competition through 6 months of training, and to sell his devices to stay afloat.

The Wolf of Wall Street

Jordan Belfort is a Long Island penny stockbroker who served 22 months in prison for defrauding investors in a massive 1990s securities scam that involved widespread corruption on Wall Street and in the corporate banking world, including shoe designer Steve Madden.

The story of Ray Kroc, a salesman who turned two brothers’ innovative fast food eatery, McDonald’s, into the biggest restaurant business in the world, with a combination of ambition, persistence, and ruthlessness.

Loosely based on the true story of two young men, David Packouz and Efraim Diveroli, who won a three hundred million dollar contract from the Pentagon to arm America’s allies in Afghanistan.

In 2006-2007 a group of investors bet against the US mortgage market. In their research they discover how flawed and corrupt the market is.

Housewife and mother Penny Chenery agrees to take over her ailing father’s Virginia-based Meadow Stables, despite her lack of horse-racing knowledge. Against all odds, Chenery — with the help of veteran trainer Lucien Laurin — manages to navigate the male-dominated business, ultimately fostering the first Triple Crown winner in twenty-five years.

A respected financial company is downsizing and one of the victims is the risk management division head, who was working on a major analysis just when he was let go. His protégé completes the study late into the night and then frantically calls his colleagues in about the company’s financial disaster he has discovered. What follows is a long night of panicked double checking and double dealing as the senior management prepare to do whatever it takes to mitigate the debacle to come even as the handful of conscientious comrades find themselves dragged along into the unethical abyss.

‘Inside Job’ provides a comprehensive analysis of the global financial crisis of 2008, which at a cost over $20 trillion, caused millions of people to lose their jobs and homes in the worst recession since the Great Depression, and nearly resulted in a global financial collapse. Through exhaustive research and extensive interviews with key financial insiders, politicians, journalists, and academics, the film traces the rise of a rogue industry which has corrupted politics, regulation, and academia. It was made on location in the United States, Iceland, England, France, Singapore, and China.

With the help of a mysterious pill that enables the user to access 100% of his brain abilities, a struggling writer becomes a financial wizard, but it also puts him in a new world with lots of dangers.

Based on the real life story of legendary cryptanalyst Alan Turing, the film portrays the nail-biting race against time by Turing and his brilliant team of code-breakers at Britain’s top-secret Government Code and Cypher School at Bletchley Park, during the darkest days of World War II.

In 1974, high-wire artist Philippe Petit recruits a team of people to help him realize his dream: to walk the immense void between the World Trade Center towers.

The Theory of Everything

The Theory of Everything is the story of the most brilliant and celebrated physicist of our time, Stephen Hawking, and Jane Wilde the arts student he fell in love with whilst studying at Cambridge in the 1960s.

The story of King George VI, his impromptu ascension to the throne of the British Empire in 1936, and the speech therapist who helped the unsure monarch overcome his stammer.

A touching tale of a wayward young man who struggles to find his identity, living in a world where he can solve any problem, except the one brewing deep within himself, until one day he meets his soul mate who opens his mind and his heart.

When the Boston Globe’s tenacious “Spotlight” team of reporters delves into allegations of abuse in the Catholic Church, their year-long investigation uncovers a decades-long cover-up at the highest levels of Boston’s religious, legal, and government establishment, touching off a wave of revelations around the world.

What other financial and/or inspirational movies would you recommend? Let us know in the comments below.